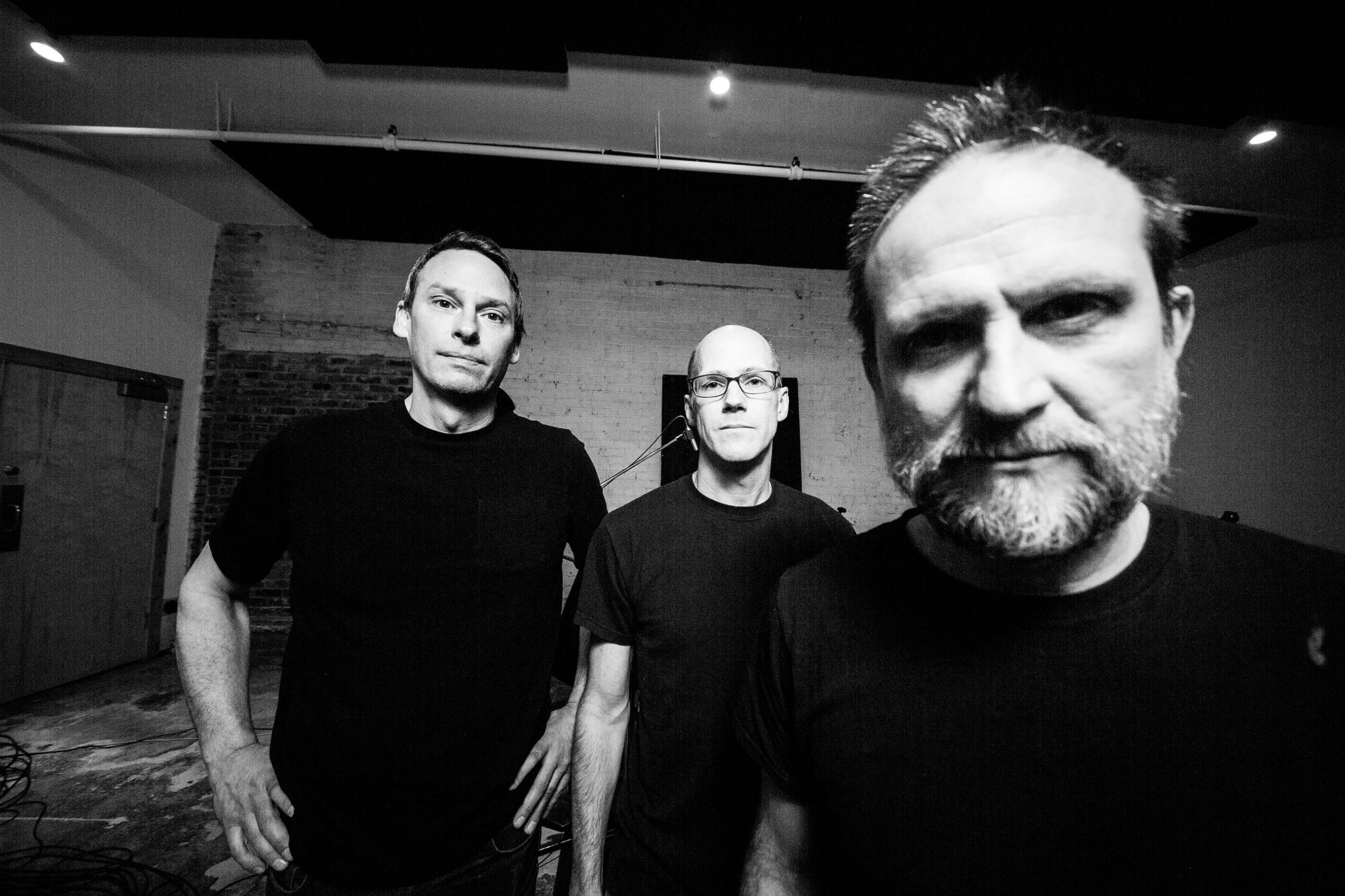 Please join us in welcoming Kansas City’s Giants Chair to the Spartan Family. The band returns with Prefabylon, their first new album in over 23 years on December 6th. Listen to the premiere of the new single “Dirty Winter” exclusively at BrooklynVegan and pre-order the album on limited edition vinyl to get an instant download of the song now!

In the midwest in the early nineties, three musicians serendipitously found one another and began to power a sound. This sonic synergy charged not only the band’s own individually-heralded releases, but would also influence decades of artists-to-come who would cut their rock-n-roll teeth on Giants Chair records. After years of writing and recording, after innumerable sweaty basement shows, after thousands of miles of highway blur, and a million fragmented memories, lives progressed, and the fire that fueled Giants Chair gave way to new responsibilities — but it never went out.

For more than two decades now Giants Chair records have lived on turntables, blasted through car speakers, rattled apartment walls, destroyed headphones, and finally become recognized as the timeless artifacts of emotional experience and endeavor that they are for so many people. Now, in perfect time, 2019 marks the return of Giants Chair with the release of the bands highly-anticipated new album, Prefabylon. With all of the the band’s original core components and members still intact, listeners needn’t brace for any departure from the band's signature post-punk DNA. Equal parts early new wave, skate punk, prog, political folk, and 70’s and 80’s radio rock, Giants Chair’s influences can be traced across their now ‘era-transcending’ catalogue.