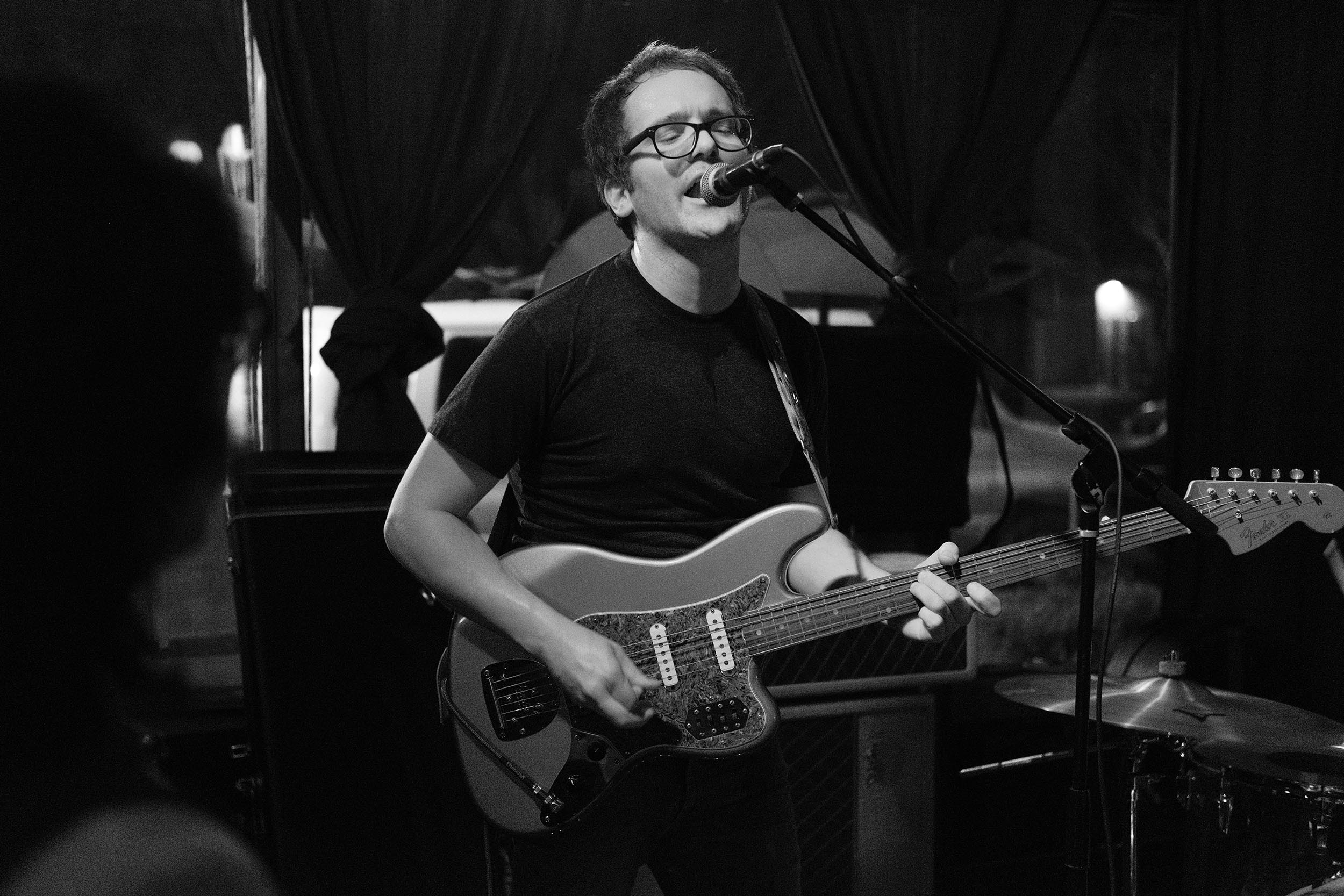 Sometimes the easiest way to understand the present is to take a long, hard look at the past. Such is the case with music as well and the best way to attempt to put your finger on Rip Room's sound is to trace the twisting and turning musical path that it took to get here. Enter guitarist / vocalist John Reed. We asked John to cite some key musical inspirators and the result is a fascinating playlist that spans decades, while also making it abundantly clear how the band's musical leanings took root. Check out the full playlist and follow along on Spotify. Look for Rip Room's debut album Alight and Resound out everywhere on May 27th. Take it away John...

Putting together this playlist was a fun thought experiment, to say the least. Of course no one makes art in a vacuum, but before doing this, at least a few of the bands on this list I would have never thought of as a direct influence on my songwriting. Then Rip Room started playing shows and afterwards we’d hear things like, “that riff reminded me of so-and-so” or “you sound like this band crossed with that band” and I started thinking hard about what influences me. It’s incredibly humbling to hear a person tell you your band sounds like Fugazi — who doesn’t want that? — but there’s also an equal part of denial (we aren’t that good, come on!) and/or embarrassment (did I completely rip off this band that I admire so much?) but at the end of the day it’s important to appreciate and meditate on all the creativity and hard work (because yes, it’s hard work) that came before you. I hope you enjoy these tunes as much as I do.

Mary Timony's songwriting is so adventurous, and this song in particular has so much going on. Power-pop hook leads to prog break leads to spaced-out bridge and back to prog outro, all in four minutes? The best.

Aside from the fact that this song absolutely crushes, I love that Ian MacKaye never shies away from getting personal in his lyrics, and he somehow does it while still staying oblique enough to keep things interesting.

There’s always been something spooky to me about Unwound. Like in the way that I imagine black metal bands want you to feel. The guitar break at around 1:30 comes out of nowhere and is so ghoulish in its simplicity that it’s hard for me to not put this song on repeat whenever it pops up.

The band, not the drink, ya dummy! The riff, the weird breaks, and Giovanna Cacciola’s vocals are all so intense on this note-y mess of a song, it reminds me that sometimes more is more.

Erase Errata - Another Genius Idea From Our Government

This song is fun and pissed off all at once, and just when things really get going, the song breaks down into chaos and then just stops. It’s so decisive and restrained and it makes me feel like two minutes is the longest a song should ever be.

Rip Room started out trying to imitate the Casual Dots, but it turns out I can’t sing. I can still hear some of Christina Billotte’s Slant 6-era guitar influence in our songs, though.

I love this band so much. Seeing them as a kid (I wanna say I first saw them when I was 15?) in the 90s blew my mind … probably the reason why I still don’t fuck around with chords if I don’t need to.

Hard to pick just one Minutemen tune to draw a line back to, and I’m not sure that line even exists. D. Boon’s lyrics and vocal cadence always surprise me, but his earnestness doesn’t, and this song is equal parts thoughtful and hilarious to me.

Whoa. This song. What the heck? I always try to add one unexpected moment to every song I write because This Heat showed us all how to do it with this jam. No more excuses!

Yoko Ono didn’t “break up” anything, and you’re an idiot (at best) if you think she did. Sure, I guess some people talk about their “personal taste” or whatever but Yoko’s vocals are way beyond incredible, Klaus Voormann and Ringo are super funky, and even John Lennon sounds like Arto Lindsay seven years before DNA here.

I’m such a sucker for staccato vocals and long guitar build-ups, and this song is full of ‘em. Fans of our back catalog may even hear some inspiration from one of the backing vocals on the chorus of this banger.

The Raincoats - Off Duty Trip

I love how effortlessly this song moves between its seemingly disparate parts. If you needed evidence that changing tempo or mood mid-song is a good idea, this is it.

Geoff Farina’s vocal delivery on this song is so cold and matter-of-fact, something I feel like I’m always trying to emulate. A good friend of mine once described my vocal style as “angry principal” and this song makes me feel like I’m sitting in the office awaiting punishment.

The minimal, repeating bass and squirrelly guitar are so infectious and proof that you only need a few bass notes and a funky drummer to have a sick song. Everything else is icing on the cake.