Caffeinated Chaos: Jono Diener Gets Real on 84 Tigers and Finding Your Identity 17 November 2022 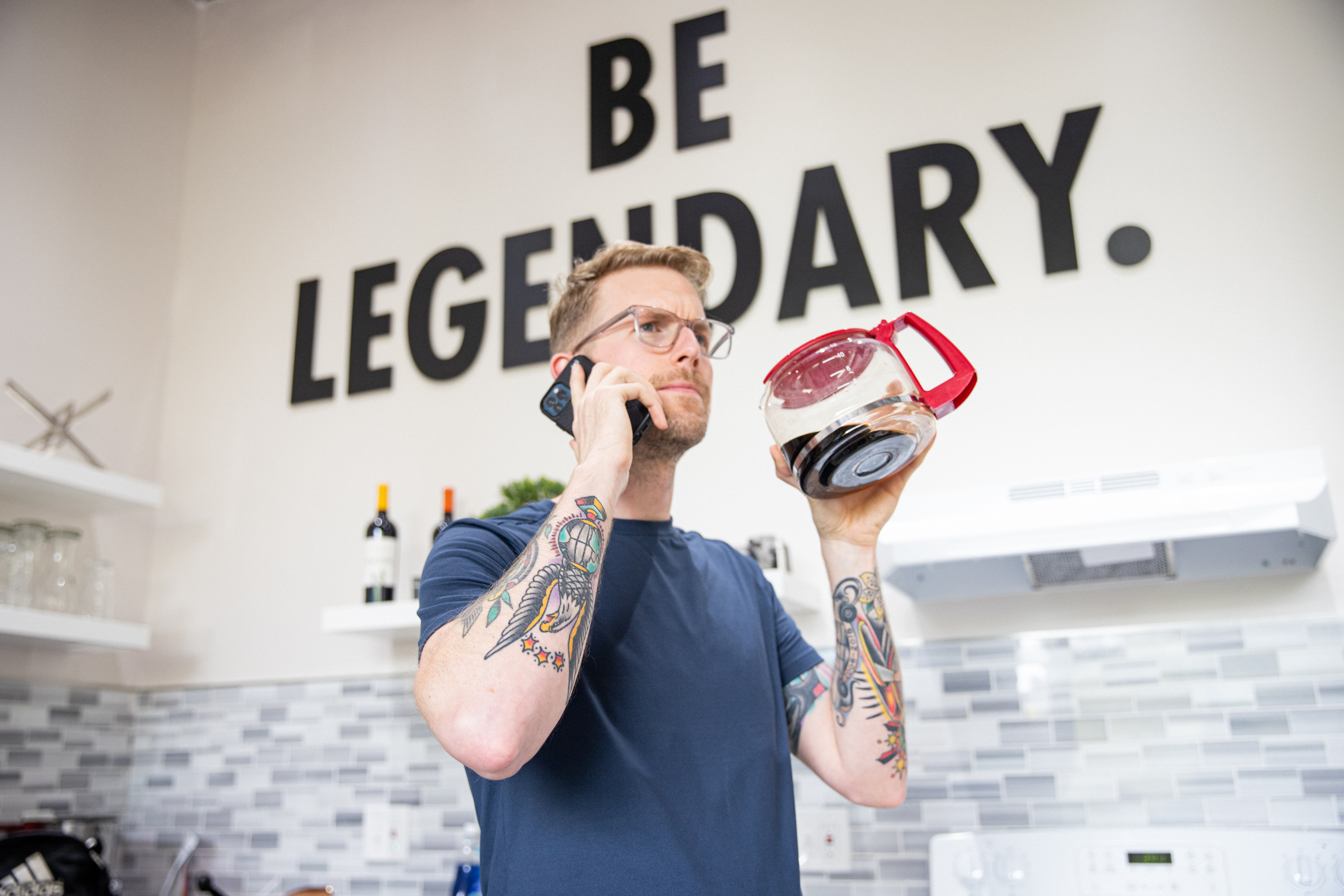 Jonathan “Jono” Diener works well with a lot on his plate. As a music and comics writer, a co-owner of Rootless Coffee Co., holding down a full-time job in marketing, and a drummer for multiple bands, he always has many plates spinning.

His newest project is 84 Tigers, where he is joined by brothers Mike and Ben Reed, who have made a stamp with their band Small Brown Bike. The trio’s 10-song debut LP, Time in the Lighthouse, arrived on October 21st via Spartan.

Recorded with Marc Jacob Hudson in Michigan at Rancho Recordo, the sound of Time in the Lighthouse is a modern take on the kind of post-hardcore that originally came from the early 1990s. Think Quicksand and Helmet and add a melodic touch with a punk feel.

Previously, Diener spent many days and nights with The Swellers, Baggage, and BRAIDEDVEINS. Now with juggling a variety of jobs and bands, he has the time to play live shows with 84 Tigers and No Trigger.

In the past, Diener has publicly written about the struggles of being a musician and the realities of what you come back home to. He’s in a much more stable situation now.

“It’s the first time in my life I didn’t have to have a shitty job to have a good music life,” he says. “The joke was always if you’re in a band, you’re a barista.”

Thanks to his full-time gig allowing remote work, he doesn’t have to fret about having money in the bank on tour or off it. “Now I’m not afraid to buy dinner,” he says. “That’s the first time I’ve felt like that.”

Diener has seen a lot in his travels and has plenty of stories. But it’s about what’s ahead instead of what’s behind for him. He’s not one to sit back at a bar, recalling his high school days and how his football team could’ve gone to the state finals. He has a healthy attitude about moving forward with things.

“The first driver is anxiety,” he laughs, but he’s serious. “Ever since I was a kid, I was a person who would do my homework the second I got it so I could enjoy myself the rest of the time. I would always focus on, ‘There’s this thing I have to accomplish or else.’ Early on, I tied so much of my identity with The Swellers in particular; not only was I a drummer, but was also one of two songwriters. When that eventually broke up, that was a bizarre thing. There was a break in my reality; I finally had to go, ‘What is my identity? What do I actually want?’ And more importantly, ‘How do I get it?’”

“My constant is getting to be creative and making something from nothing,” he says. “Once I turned that switch on in my brain, as long as I get to do that in some capacity, that is my happy spot.”

As a band, 84 Tigers started in January 2021 as a COVID remote band project. Mike Reed sent Diener an email out of the blue, asking if they would like to make music together. Diener was already a fan of the Reed’s work with Small Brown Bike and Able Baker Fox, and freaked out (in a good way) at the chance to create with them.

Mike had over a dozen tracks as demos and Diener thought it would be an acoustic album. Diener had free range to do whatever he wanted with the drums when he recorded. But as soon as he heard the fully-fledged tracks with Ben Reed’s basslines, he knew this would not be some low-key solo album from Mike Reed.

Thus it led to Time in the Lighthouse.

Given the schedules of all three members, playing shows is tough, but they do happen.

“When we get enough time and sanity, that’s the next priority thing,” he says of more recordings planned with 84 Tigers. And what a start this great band has had.