After twenty-five years of waiting, New York City cult indie favorites The Van Pelt return on March 17th with their upcoming fourth studio full-length, Artisans & Merchants. This is not a reunion album. This is vindication. This is a stand-alone album with incredibly vital songwriting, and for lovers of The Van Pelt, listening to Artisans & Merchants is like hearing the voice of a dear friend you haven't seen in years. The album was recorded and mixed in Summer / Fall 2021 by Jeff Zeigler (The War On Drugs, Kurt Vile) at Uniform Recording in Philadelphia, PA, and features guest appearances by Nate Kinsella and Ted Leo among others.

Listen to the premiere of the new single "Punk House" today at BrooklynVegan, along with a brand new music video. Pre-orders are available now on limited edition vinyl and digital as well as an exclusive t-shirt bundle. All pre-orders include an instant download of the new single

Spartan Records proudly presents Everything, the debut solo LP from Allen Epley (Shiner, The Life and Times). As a child, Epley spent hours imprinting his parents' record collection on his psyche. Giant headphones secure, he would pore over the cover art and liner notes and enter the world wrought by the giants of AM Gold — Bread, James Taylor, Carol King, Three Dog Night, Blood Sweat and Tears, 5th Dimension. Yet the music he would make in the 90’s and 00’s with his highly influential bands doesn’t reveal these easy-listening origins. Shiner and The Life and Times reflected more opaque images of bands like Swervedriver, Slint, early Smashing Pumpkins and Failure. The smooth grooves and discernable lyrics about love -- found and lost -- of the 70’s songsters of his adolescence hadn’t come back into view for him until 2018. While working on a batch of compositions for film/tv, Epley realized these ghosts had never left him but instead had embedded themselves in his subconscious. The result of this retrospective journey is Everything, a record that begs and rewards repeated listenings. It’s a rich production that echoes the AM Gold of his childhood but reaches into artistic territories that were generally reserved for Elliott Smith and Sea Change-era Beck.

Listen to the debut single "Thousand Yard Stare" at BrooklynVegan and pre-order / pre-save the album on limited edition vinyl. The first pressing is limited to only 300 copies on random color swirled vinyl and no two copies are alike!

We’re thrilled to announce Unwed Sailor's new album “Mute The Charm” which will be released everywhere on February 10th. In many ways, the new album represents an exercise in addition by subtraction – creating a layered emotive experience through more organic means. At its core, it is a pop rock record with chiming guitars, melodic bass, and rock solid drums – more aligned with the accessible sides of artist influences ranging from The Sundays, Joy Division, and The Stone Roses to Led Zeppelin, Lungfish, and 90’s indie rock band, Seam, than the band's previous and more ambient releases.

“Mute The Charm” is all-at-once a love letter to specific cities and scenes, a longing retrospective on relationships with people and the past, a nod to formative artists and trailblazers, and a hopeful look ahead towards a less tumultuous future. Listen to the new single “Windy City Dreams”and pre-order / pre-save the album on limited edition LP / CD / Digital or as part of a t-shirt bundle.

Watch 84 Tigers' new music video for "Great Basin" now at No Echo. The band's debut album Time in the Lighthouse is out everywhere October 21st and available for pre-order now on limited edition vinyl or as part of an exclusive bundle that includes a t-shirt, Oxford Pennant, and an 84 Tigers x Spartan Rootless Coffee collaboration.

Calm Collpase is the new band featuring Doug Lorig (Roadside Monument) and Rob Smith (Traindodge, Museum of Light). We’re thrilled to release the band’s debut album “Mirrored Nature” on November 25th. Listen to the premiere of the new song "Positive Greed" at Decibel and pre-order the album on limited edition vinyl to get an instant download of the song now. Play it loud!

We’re thrilled to announce the brand new album from revered indie/emo outfit, Pohgoh. In the middle of a global pandemic, the band entered the studio with acclaimed producer J. Robbins (Jawbox, Burning Airlines) to record their third full-length album du und ich, easily the foursome’s most ambitious outing yet. Listen to the premiere of the new song “Weeds” at BrooklynVegan and pre-order the album on limited edition vinyl or as part of an exclusive t-shirt bundle. The first 250 pre-orders also receive a custom Pohgoh mini-beach ball!

Rocky Votolato’s new single "Little Black Diamond" is streaming everywhere now! It’s a song about loyalty and how much keeping your word and telling the truth means to the ones closest to you. Get more info about the song at Rocky's Instagram profile and listen to it everywhere you get music here.

Please welcome Seattle indie-folk hero Rocky Votolato to the Spartan Family! We’re beyond excited to release Rocky’s first new album in over 7 years Wild Roots on September 9th. The album is an intimate concept album inspired by and written for his family — each song is a letter dedicated to a specific family member and focused on a special memory or moment in time. Stay tuned for the premiere of a brand new song tomorrow as well as pre-orders, new tour dates, and much more. 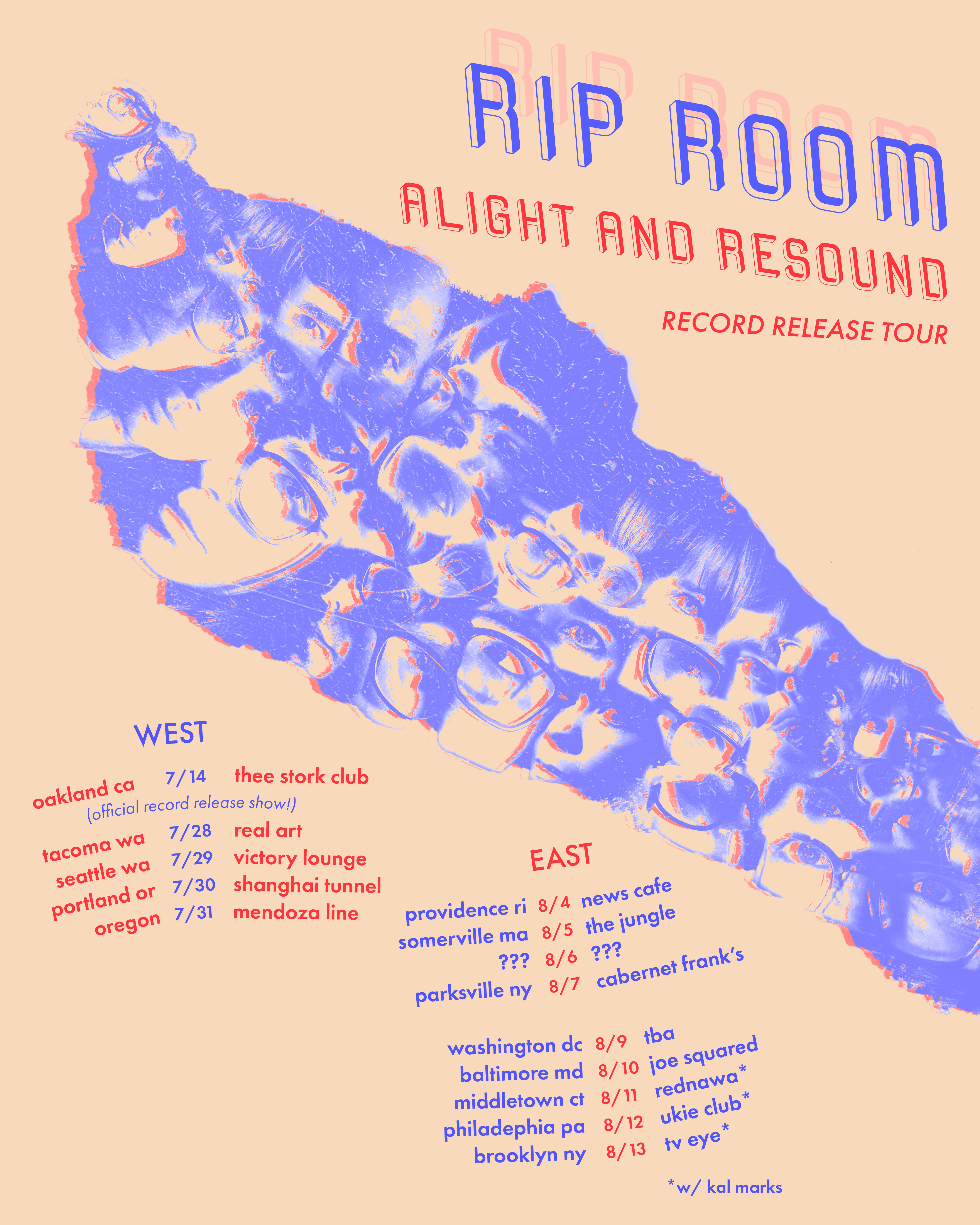 San Francisco art punk trio Rip Room has announced summer dates with Boston's Kal Marks. The 14-city trek kicks off with a record release show on July 14th in Oakland, CA, and runs through August 13th. The band will be out in support of its critically-acclaimed debut LP Alight and Resound which is available everywhere now!

We are so stoked to welcome Shiner to the Spartan Family! It’s an amazing honor to join forces with a band that has been so transformative in our lives and the lives of so many. In addition to re-releasing the band’s entire catalog on vinyl (including a newly remixed and remastered Splay with all-new artwork), we’re thrilled to release brand new music and a collection of rarities and lost gems. Get ready!

Rip Room’s debut album Alight and Resound is out everywhere tomorrow! We’re cranking up the heat with the premiere of the band’s new music video for “Complication.” Head over to No Echo to check out the video and finally answer the age-old question: What If Devo jammed with Fugazi? Smash that ❤ and tell all your friends.