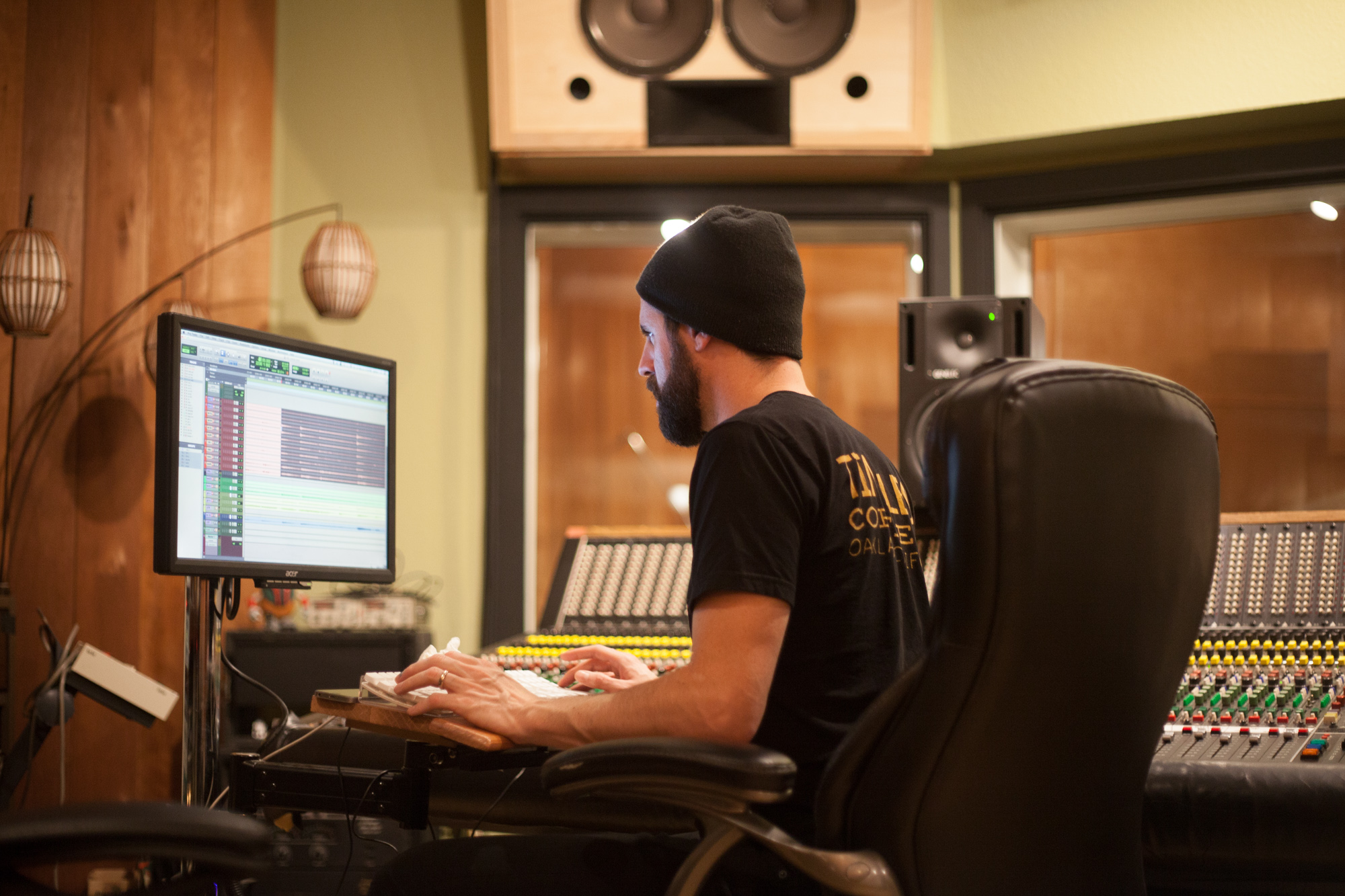 To celebrate the upcoming release of Museum of Light's LP Horizon, we caught up with acclaimed producer/musician Scott Evans (Thrice, Heiress) to discuss his thoughts on the evolution of recording, working with Museum of Light, and his own band Kowloon Walled City, among other topics. Scott was also gracious enough to send us some behind-the-scenes photos of the Horizon sessions and a playlist of formative songs from his journey as a musician and producer. Enjoy!

What were some formative records of your youth?

Number one: a Black Sabbath Greatest Hits tape that my Aunt gave very young me. After that... the early Iron Maiden albums, Yes Close to the Edge, King Crimson Red and Discipline, Pink Floyd Animals, Slayer Reign In Blood, as much weird and fast metal as I could find. Eventually I found stuff like My Bloody Valentine Loveless, the first couple of Public Enemy albums, Skinny Puppy and Front 242, Naked City, Funkadelic...really when I was a kid every other record I found was formative.

At what point did you start playing music? What led you to the production world?

I started playing bass when I was about 14. Not too long after that I ended up with my first 4-track and a drum machine and I was hooked. It was the kind of thing where you sit down for a few minutes and suddenly it's nine hours later. Still is. That wasn't exactly "the production world" but it did kickstart my love of recording. But it never seemed like a possible career. I spent many years afterward slowly building up a home studio to record friends, but I had a day job as a programmer that took priority. It wasn't until relatively late in life that I started recording more bands.

Talk a bit about your production/recording arc -- in what ways has your process evolved with time (both philosophically and in terms of tech + approach)?

I've come to understand that you really can and should track bands playing together live, instead of doing scratch takes that you plan to replace under a microscope. When you record a great band together, on a good day it's almost easy. I do also love making records that are synthetic and "assembled", but the inbetween kind - make it sound like a real band when it really wasn't - that can be tough.

I've learned my personal aesthetics and what I'm naturally good at, but I've also gotten better at letting bands guide those things when they want. When someone else wants control I'm learning to pick up on that and embrace it, even if that means a record may not come out the way I think it could. It's not my record. I want it clear that the band has creative control; hopefully people never leave a session feeling like they were pushed into decisions they didn’t want.

And I'm working on my bedside manner. I'm sort of a heads-down-let’s-work person and not great at being a cheerleader. That coupled with being a sarcastic shithead can lead to frustrating moments for the band, and who wants that? So I'm learning to keep it posi.

Tech-wise, I don't think I'm doing things crazy different than I was ten years ago--it's just dozens of small refinements. Recording is like the venn diagram of aesthetics and abilities, and over time you build a mental database of both and how they work together. That's a lifetime thing.

I do love little workflow hacks. I don't much care what mic I use on a snare but I can go on about my favorite mic stands.

In October we released a record called Piecework. A year after our labels ordered the vinyl, it's finally arriving. We're doing some touring while navigating real life. The usual.

What effect has increased accessibility/availability of home recording equipment had on music?

Oh it's vast. Incredible pop records are made with one mic and a laptop now. Calling it "home equipment" is actually a little funny since often people are using the same tools at home that we have in studios. That's 100% true with plugins. Anyway I've mixed home-recorded records that sound cool as hell. I've gotten demos that we just can't beat. I do lots of projects where we spend a few days doing live tracking, then the band goes home to record vocals, do programming, track guitars, whatever. It's great.

Are there any upcoming projects that you are particularly excited about?

I'm finishing up a new record for Covet, which has been challening and fun. I just recorded a gnarly new LP in Seattle for Great Falls, who I really love. I also have some cool mix projects queued up, but they're TOP SECRET.

What inspires you outside of music?

I love knowing experts. People who have spent years focusing on one niche thing are the best. Especially physical real-world stuff... cooking, building furniture, working on vintage cars, sewing... seriously, you name it. I love nerds.

What should people know about the upcoming Museum of Light release? Any specific, behind-the-scenes, moments from the recording sessions that you'd like to share?

I said something earlier about "on a good day it's almost easy," and that's what this record was like. Most of the songs are first takes. We had five days booked and basically ran out of work to do by day four. And everything sounded great. Rob is so goddamn good. All three of them are.

Sequencing and flow was really important to the band, so we had the whole album in a single Pro Tools session and got it sequenced in order with all the transitions and everything. That way we were able to hear it as an album and work on overdubs with flow in mind. I think I actually mixed each side in one long go too.

Any specific moments or songs on the record that you are particularly excited about?

The record is non-stop hooks so there's always a next part to look forward to. I love the whoa-oh-oh's in "Dethenger." And "Cal" was the first song I got a demo for so I'm always stoked to hear it.

Thanks for reading and listening. Prepare for Museum of Light's debut LP Horizon -- available June 10th.