Watch Rip Room's New Music Video for "Worth Repeating" at The Alternative March 9, 2022

We're excited to premiere Rip Room's new music video for "Worth Repeating" off the band's forthcoming debut album Alight and Resound out May 27th.

"Shot in the midst of the pandemic, we found ourselves in a clandestine location with a rough plan and more than a few worries. The song is about the world falling apart, so it felt right to shoot in the woods — ominous and sinister, but maybe the safest place to be. By the end of a long evening, our director (and dear friend Josh Johnson) had captured the weird energy that had been following us the past year and, in retrospect, shooting the video provided some much-needed momentum during a dark time.”

Stream two singles from the album now everywhere you listen to music here and get an instant download when you pre-order Alight and Resound on three stunning limited edition vinyl variants.

Rip Room's new single “Complication” is available now! Check it out everywhere you listen to music and enter to win a super rare test pressing of the band’s new album Alight and Resound here. Get an instant download of two songs now when you pre-order the album on epic limited edition vinyl.

We’re so stoked to premiere Rip Room's new single “Complication” today at Post-Punk.com. We love this song so much and once again, the San Francisco three-piece have captured lightning in a bottle with a sound that harkens back to better musical times while somehow embracing the relevance of the moment. If you’re a fan of bands like Unwound, Bikini Kill, Blonde Redhead, and Fugazi, listen up! Get an instant download of two songs now when you pre-order the new album “Alight and Resound” on epic limited edition vinyl.

We’re thrilled to announce the debut album from San Francisco’s Rip Room, the charismatic and alluringly unpredictable Alight and Resound. Twelve pulsing songs that harken back to better musical times while somehow embracing the relevance of the moment. Think Unwound, Sleater-Kinney, and Fugazi — propulsive rhythms and piercing lyrics, but with a sense of buoyancy. Listen to the premiere of the new song “Worth Repeating” and pre-order the album on insane limited edition vinyl to get an instant download of the song now. 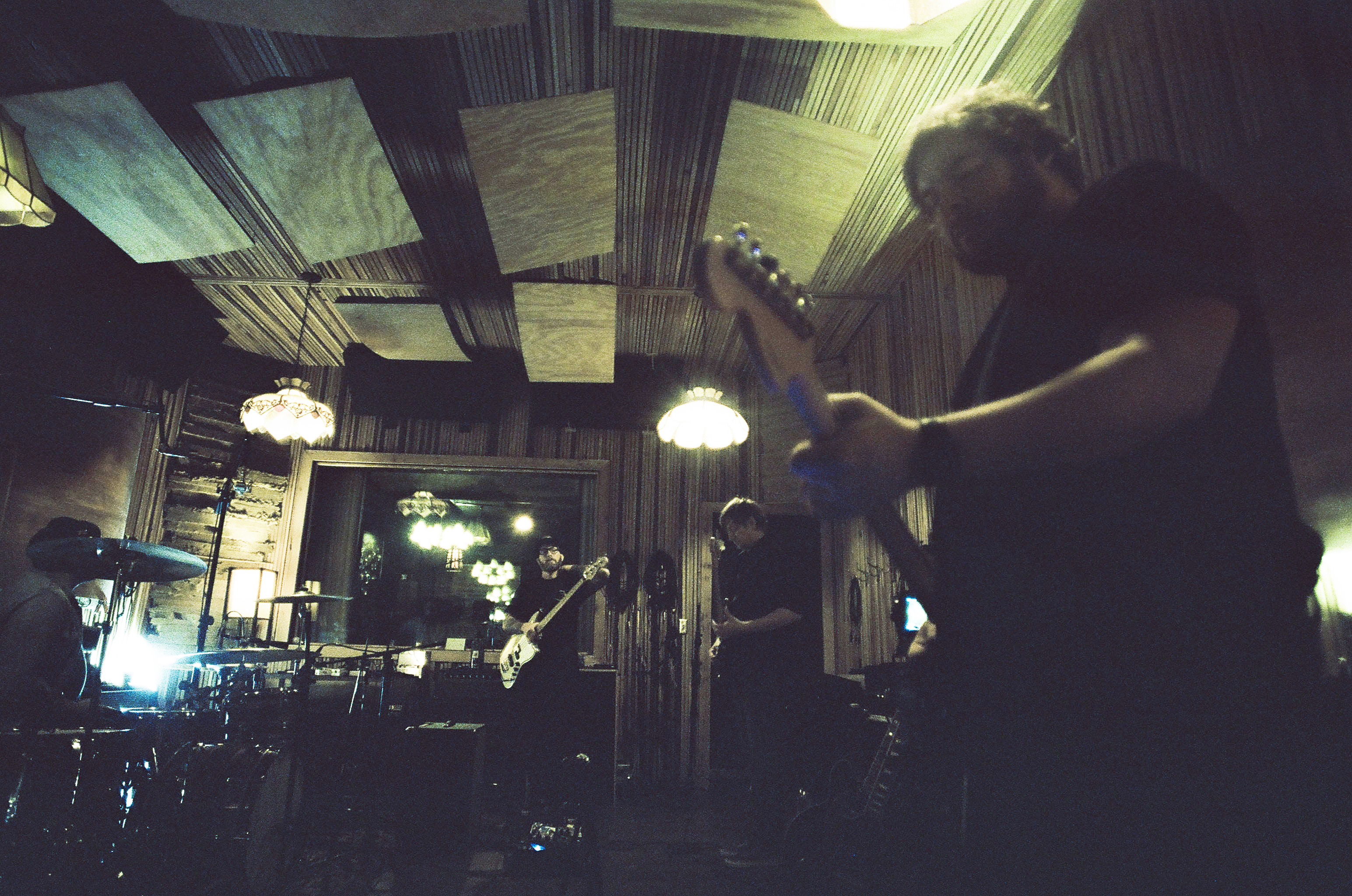 In June of 2021, directly on the heels of the release of Unwed Sailor’s new full-length album, Truth or Consequences, the band entered CommVess Studio in Birmingham, AL to capture songs live to tape, uncut for the first time ever. Over the course of the next few days, the band adeptly maneuvered through five songs spanning their decades-long catalog. The Live at CommVess EP showcases Unwed Sailor at their creative peak and casts yet another impressive shadow over what is already a genre-defining catalog music. Watch the band perform “Blitz” live at BrooklynVegan and look for the EP out everywhere January 21st on limited edition cassette and digital.


Pre-order the EP on limited edition purple cassette while supplies last. Fewer than 25 copies are available online and all pre-orders include an instant download of “Blitz” (Live). 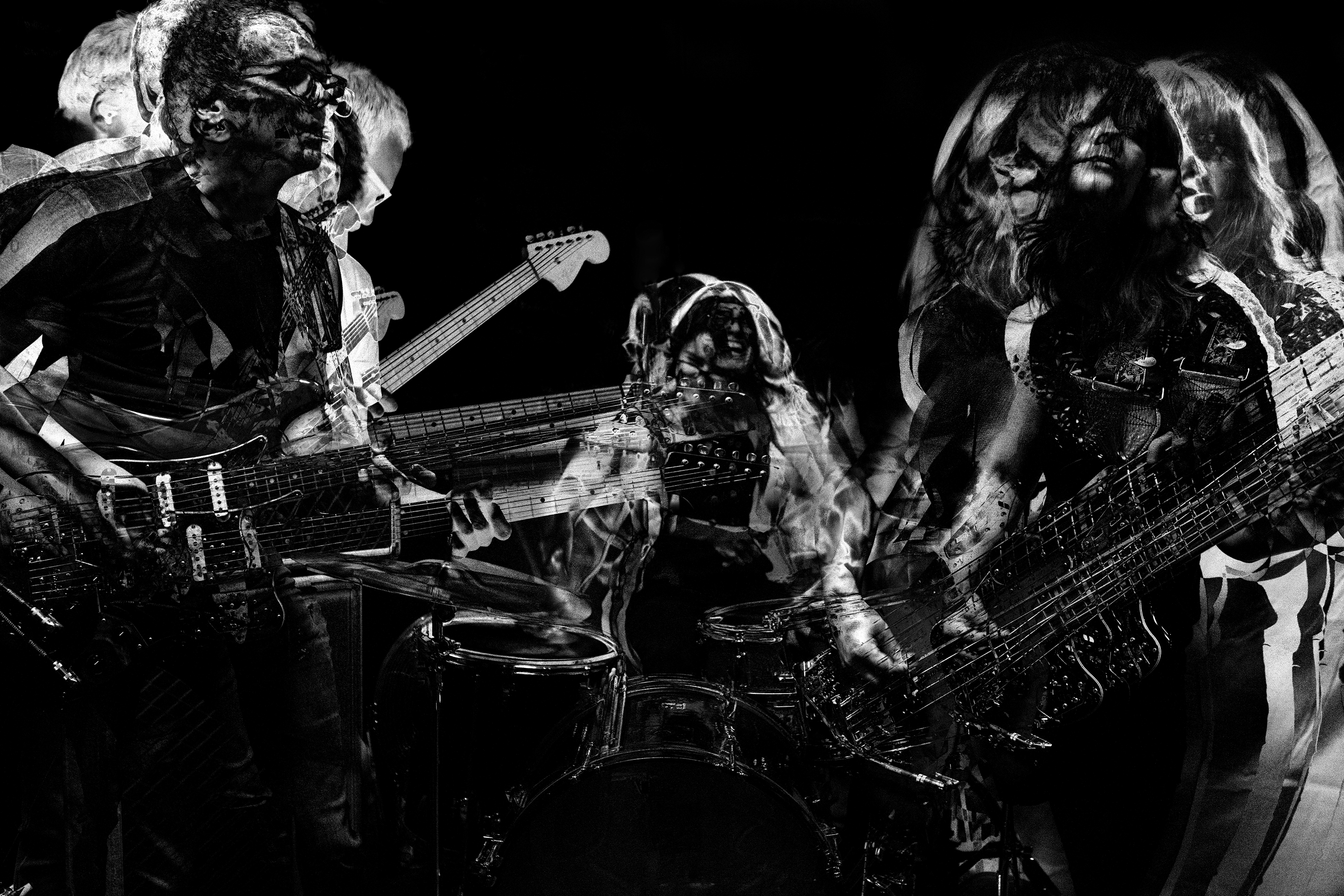 We’re excited to welcome the wound-up art punks in San Francisco’s Rip Room to the Spartan Family! After successfully self-releasing and touring on two EPs, the three piece reunited with storied engineer Tim Green (Nation of Ulysses, Melvins, Bikini Kill, Sebadoh). The result is the charismatic and alluringly unpredictable debut full-length record, Alight and Resound, twelve pulsing songs that harken back to better musical times while somehow embracing the relevance of the moment. Think Unwound, Sleater-Kinney, and Fugazi.

While we patiently await for the release of the album, you're invited to a free download of the new song "Complication." It's everything that's great about the band, so we hope you enjoy it. Stay tuned for more details soon!

We’re proud to present the 20th Anniversary Edition of Unwed Sailor's post-rock instrumental classic, The Faithful Anchor. Two decades ago, this landmark release helped define modern instrumental music with its emotive storytelling, cinematic arcs, and dynamic arrangements. This special edition has been remastered from the original mixes and features two out-of-print bonus tracks from "The Magic Hedge" 7" originally released in 2002. As a part of the release, we’re pressing the album on brilliant limited edition vinyl for the first time since 2007 and pre-orders are available now. Three variants are available and all pre-orders include an instant download of the newly re-mastered version of the title track. Look for the album at digital outlets everywhere on November 19th with vinyl shipping in February and stay tuned for more information about this monumental release as we celebrate Unwed Sailor, a generational band whose impact, resonance, and influence has remained steadfast for over twenty years.

Mountain Time's Saint Francis, Zookeeper retrospective is available now! The release celebrates Chris Simpson's (Mineral, The Gloria Record) lost years -- the first two Zookeeper records, remastered, plus three never before heard songs. All told, the album features 18 songs with a runtime of over 90 minutes. Listen everywhere you get music here and pre-order the limited edition 2xLP (shipping in November) to get an instant download. And when you order from the Spartan store, you'll also receive an exclusive download of Delivery Room, an unreleased nine song album featuring home demos recorded over the course of 2004-2005. Watch a special message from Chris about Saint Francis, Zookeeper and more here.

Listen to the previously unreleased song “Neon Heart” at American Songwriter and pre-order the album on limited edition 2xLP / digital. When you pre-order the album at the Spartan store, you’ll also receive an exclusive download of Delivery Room, an unreleased ten song albumcfeaturing home demos recorded over the course of 2004-2005.

Demons is playing their first show in over a year and to celebrate, we’re premiering the new music video for “Play Acting Virtue.” It was shot at the last show the band played back in March of 2020 with Dead Kennedys and D.O.A.at the The NorVA in Norfolk, VA. Watch it below and pick up the band’s new album Privation everywhere now.

Demons' new album Privation is available everywhere now! It’s bombastic, brash, and it’s got something to say…all the things a good, loud, punk rock record should be. Listen now wherever you get music and hang tight for the limited edition vinyl which will be shipping soon!