Listen to Assertion's New Song "Deeper In The Shallow" at BrooklynVegan April 7, 2021

Assertion's long-awaited debut album Intermission is out everywhere this Friday and we’re so excited that we couldn’t help but share another song from the record. Listen to the premiere of the new song “Deeper In The Shallow” at BrooklynVegan and pre-order the album to get an instant download of three songs now!

We are excited to premiere Unwed Sailor's music video for "Ajo" today! The video was filmed in the wilderness of central Oklahoma in less than ideal temperatures and filming conditions and the result is a mystical, rainy and fog-filled wonderland. Watch the video below and pre-order the band's new album Truth or Consequences to get an instant download of two songs now!

We’re thrilled to share VAR's new Audiotree session. The four song session was filmed at Orgelsmidjan, Iceland's only functioning pipe organ workshop, which also serves as the band’s practice space — and though we’re a bit biased, it's one of the most beautiful, transcendent live performances that we've seen during these unique and crazy times. These songs appear on the band's new Live at Orgelsmidjan EP which is available everywhere now.

Unwed Sailor's new single "Ajo" is out today on all streaming services. It’s a funky, angular, and melancholic yet danceable tune that thrusts the band into uncharted sonic territory. Go take a listen here and pre-order the new Truth or Consequences to get an instant download of two songs now!

Want to win an ultra rare Unwed Sailor Truth or Consequences test pressing? Pre-save / pre-add the new album for your chance to win. If you're not the streaming type, There are also a bunch of other ways you can show your support and improve your chances to win. Enter to win and good luck! 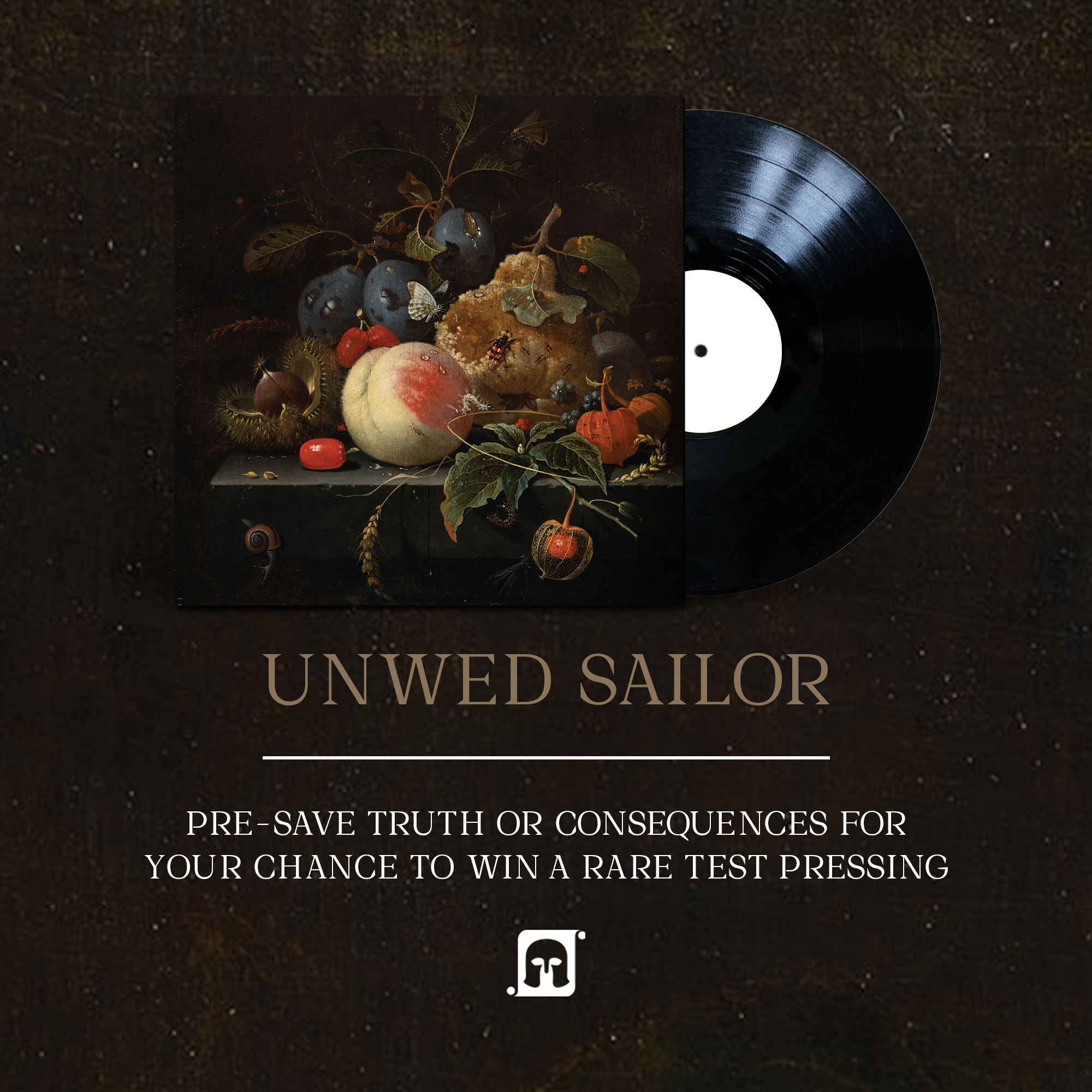 The debut album from Assertion Intermission will be available everywhere on April 9th and we’re thrilled to premiere the first single "Supervised Suffering" today at Rolling Stone.

The album marks the official return of the fabled drummer William Goldsmith, who ten years ago, walked away from a successful music career that included stints as a founding member of Sunny Day Real Estate, The Fire Theft, and Foo Fighters. Together with his Assertion bandmates, guitarist/vocalist Justin Tamminga and bassist Bryan Gorder, Assertion's debut album Intermission is real, propulsive, and earnest -- a cathartic experience that proudly does not nestle nicely alongside current bands -- or really many releases at all from the last couple decades. The album conjures more connections to the heady grit and soaring grind of the 90's. Driving guitars anchored by a frenetic rhythm section. A haunting vocal delivery concealing a heartfelt sentiment. Track-by-track, the record builds into a dark and heavy crescendo but unpredictably retreats into delicate and fragile moments in masterful ways.

Welcome Unwed Sailor to the Spartan Family! New Album Truth or Consequences Out May 14th. February 11, 2021 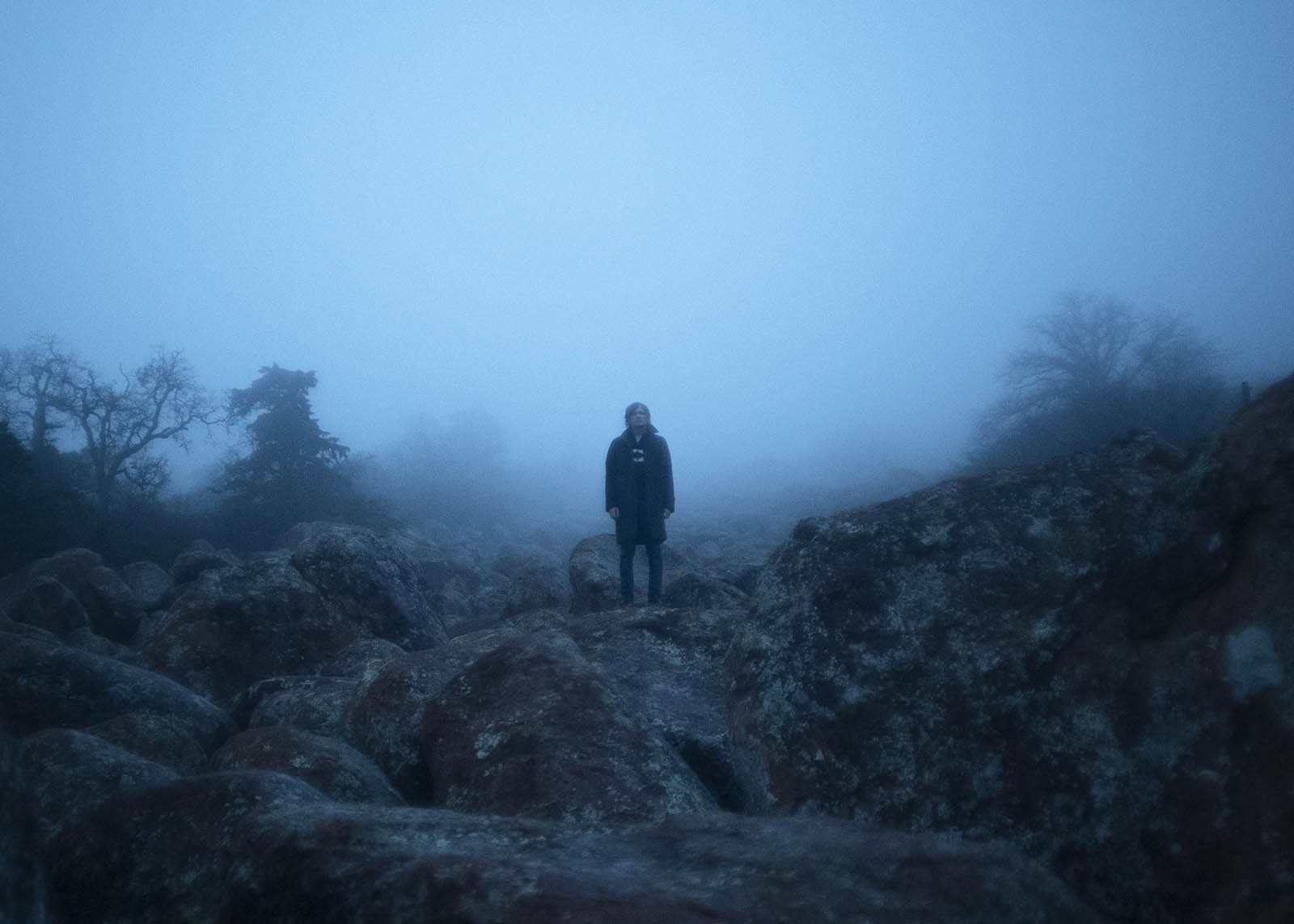 The journey of Unwed Sailor began in Seattle, WA in 1998, shortly after Johnathon Ford departed critically praised bands Roadside Monument and Pedro the Lion. While working within those projects, Ford began writing instrumental music after listening to Tortoise and seeing bands like Physics perform live. After recruiting Dave Bazan (Pedro the Lion), Casey Wescott (Fleet Foxes), and Melissa Palladino (Danielson Famile) to play on the now classic Firecracker EP, Unwed Sailor was born. Two decades and seventeen releases later, Ford has continued to rely on the band as a device for personal exploration and emotive narration.

Unwed Sailor now joins forces with Spartan Records for the release of their latest moody and cinematic journey, Truth or Consequences, a sonic examination of particular memories or moments in Johnathon Ford's life, with each song serving as a unique snapshot of an overarching narrative. Truth or Consequences is shaped around familiar musical DNA. Heavily present, driving, and stacked bass lines; wandering and evolving song structures; soaring crescendos and moody diminuendos; and, of course, a gripping sense of sonic storytelling. Listen to the new song “Blitz” at BrooklynVegan here and pre-order / pre-save the album now on limited edition LP / CD / Cassette / Digital or as part of some exclusive new merch bundles!

Please join us in welcoming Assertion to the Spartan family! The band marks the official return of drummer William Goldsmith, who ten years ago, walked away from a successful music career that included stints as a founding member of Sunny Day Real Estate, The Fire Theft, and Foo Fighters. Look for the band’s debut full-length album “Intermission” on April 9th and stay tuned for new music, pre-orders, and much more in the days and weeks to come!

After over 23 years, The Farewell Bend's classic album In Passing is finally coming to streaming outlets for the first time ever this Friday. Remastered by Paul Malinowski of Shiner, this re-issue also includes the bonus track “Service Engine Soon.” Pre-save the album here and stay tuned for some exciting news about our all-new vinyl pressing!

After the release of VAR's debut full length, The Never-Ending Year, and amidst the global pandemic, opportunities to perform the record live were nonexistent. "We felt like we had to do something to give people at least a little taste of us playing these songs live," says Júlíus Óttar Björgvinsson, "VAR has always been about playing live, and we always give everything we have to make the tension between us and the audience both peaceful and powerful." After some discussion, the next best option in lieu of live performance was a series of live performance videos, filmed at the organ workshop where the band practices. "We got our producer Eiður to do the sound for the videos and when he sent us the audio files, Arnór brought that idea of releasing a live EP. We were happy with the sound he got from the session and how far it is from how the album sounds. It’s powerful, it’s raw and it’s honest. And that is VAR."

VAR's Live at Orgelsmidjan EP is available at streaming outlets everywhere now. Watch the band perform the song “Where To Find You” at Under the Radar and get the EP everywhere you listen to music here.

New Reader EP Behind The Empty House Out Now December 11, 2020

As the long year winds to a close, we're proud to present Reader's new two song EP Behind the Empty House. In the afterglow of their first full-length Engrams, Reader reconvened to focus, once again, on the seminal axioms to which their creative process is owed: intention and evolution. Still present are the tangled conversations between glassy guitars over the methodic rumble of bass and drums. However here Reader lets their hair down, experimenting with a broader sonic palette and unorthodox composition styles. Clocking in at almost five minutes apiece, these songs take lesser-traveled roads to even lesser-explored destinations. Eerily foreshadowing this year’s forced reclusion, "Behind the Empty House" and "Two Pines" lyrically explore themes of isolation and introspection through a mercurial lens. “Behind the Empty House,” tells a labyrinthine narrative alluding to invisible enemies and macabre hallucinations, while "Two Pines" regales of a fragmented self, influenced heavily by James Wright’s heartbreaking poem “Lying in a Hammock at William Duffy’s Farm in Pine Island, Minnesota.” Enjoy wherever you listen to music here.

Take a trip through a psychedelic car wash as you enjoy Fallow Land's new music video for "The Hope" which is premiering now at BrooklynVegan. The song comes off the band’s latest album Slow Down, Rockstar which available now wherever you listen to music here.